There’s really no need to explain in detail the events of Mortal Conquest, as again, it and Gladiator Cop are essentially the same film, but there were a few differences that it would be a shame not to point out. Firstly, the sword is stolen from Hong Kong (instead of a museum) by a group of people who are capable of doing this…

Also, everyone with a speaking role in this movie…and I mean EVERYONE…is a reincarnation of someone else, and somehow this woman…

…is the daughter of James Hong.

Oh, and at one point, James Hong does a delightful little chicken dance…

…which is a performance that was definitely absent from the original movie.

The two heroes have some subtle differences too. In Gladiator Cop, the hero is indeed a cop (and Alexander The Great), and had magical powers. But in Mortal Conquest the hero is an expert in antiquities, a blacksmith (and Alexander The Great’s best friend), and a cop. As such, I’m undecided who has the bigger hero-balls. The guy with clairvoyant corpse-vision, or the guy who has a literal sword-making studio (complete with fire pit) on the first floor of a shop made out of wood. Both are completely stupid, so I’m not sure I care. I must also grudgingly admit that Mortal Conquest did actually have an ending, even if it was ludicrous.

..causing the sword to be (no shit) fired into space. 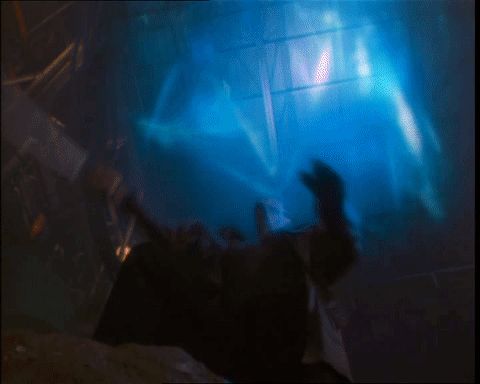 Go to your rooms, both of you.

And the winner is…

As inexcusably daft as both of these films are, Mortal Conquest wins the death match, so to speak. However, if you’re someone who enjoys applying logic to movies instead of paint to your television screen, then expect a temper if you decide to watch it.

It’s a film that requires of its audience the aforementioned lobotomy, or Christ-like levels of patience. The original story never made any sense on paper (or in the first film that they applied it to), but once principle photography was completed, they obviously decided to forego the usual editing suite in place of half an hour inside a cement mixer, and boy does it show.

The movie cannot last literally ten minutes straight without saying or doing something that caused me to grind my teeth together and mutter “that doesn’t make any sense.” Characters have little or no motivation for their actions, and scenes follow each other in a seemingly random order, with people warping through time and space into places they have no reason to be in, to do things that serve no purpose. And not to mention the God-awful flashbacks that insist on ramming home the same point every five minutes.

But as awful as these movies are, I do have to hand it to their creator for the inclusion of a respectably wide variety of colourfully ridiculous fighters. Taken from scenes in both movies, the following people appear as death match contestants in either Gladiator Cop or Mortal Conquest:

Oh, and of course the reincarnation of Alexander The great.

As incredible a list as it is, it goes nowhere near enough to forgive the creator of these movies for everything else that is either wrong, confusing, or brainless. Case in point – This is actual dialogue that occurs in Mortal Conquest as two cops arrest a scrawny looking bad-guy teenager…

No, film. And no, Nick Rotundo. Fool me once, shame on you. Fool me twice, go fuck yourself.

Both of these films display an impressive disregard for anything even remotely resembling the actual history of Alexander The Great. Creator Nick Rotundo did at least get Alexander’s and Parmenion’s names correct, but that’s about it. For example, in both films we are shown hideous looking flashbacks to a time when Alexander was killed by Parmenion, which as anyone with access to the internet can tell you is complete bullshit. In fact, Parmenion was murdered by Alexander because Alexander, as well as being one of the greatest military minds in all of human history, was also a bit of a dick. In fact, any real appraisal of the whole debacle would find Parmenion to be the good guy and Alexander to be a murderous asshole.

Seriously, did the director not research this topic?

No, instead of watching a few minutes of the History Channel before covering his face in ink and head-butting a storyboard, this idiot decided to cobble together shoddy re-enactments of things that never happened, as some kind of threadbare excuse to grease up some stuntmen and play-fight in front of a film camera for a few days. But the most glaring example of the directors lack of a library card is his casting of the main antagonist – Parmenion. In real life this guy was Greek (clue’s in the name), but when it came time to cast this character he settled on James Hong, who isn’t Greek (clue’s also in the name.)

So, even though he does pick a very specific historical event to make a film out of, at no point did he obtain the knowledge to portray this event with any kind of accuracy, which he emphasised as forcibly as possible by making the fucking thing twice. He even made sure to tell anyone who watched his films to go and fuck themselves by casting James Hong as exactly the same character…IN BOTH FILMS! Take one last example as proof of how dedicated Nick Rotundo is to historical revisionism, if there’s really any need.

In Mortal Conquest, modern day Alexander The Great is a (no shit) Buddhist, who occasionally hallucinates and prays to someone called ‘Master Lee’, whose ghostly figure appears out of statues of Buddha. It’s utterly insane enough as it is, but have a guess who they got to play Master Lee?

You can only imagine the clusterfuck-galaxy of plot holes this creates, none of which are even remotely aaddressed. So yeah, this is the level of confused gibberish we are dealing with here. Immense.

I’d say that these two films have made it fairly obvious that Dr Rotundo struggled immensely with his subject matter when creating these abominations (not to mention keeping his hand steady as he carved up my hypothalamus.)

Next time at least consult a Ladybird book of historical figures before venturing off to make films about things you don’t understand. Honestly, I’ll lend you mine.

But you know what? I’m still going to recommend both of these films. Primarily because there is more than enough laughable nonsense to make them worthwhile, but also because I need someone to confirm for me that I didn’t just fucking-well imagine all of this. Especially given how I had a (no shit) dream about a sword after I saw them, so I have my doubts. It’s possible I may need help (or am Alexander The Great.)

So yes, if you happen to see both of these films, please drop me a line and convince me that it’s Nick Rotundo that has gone completely insane and not me. 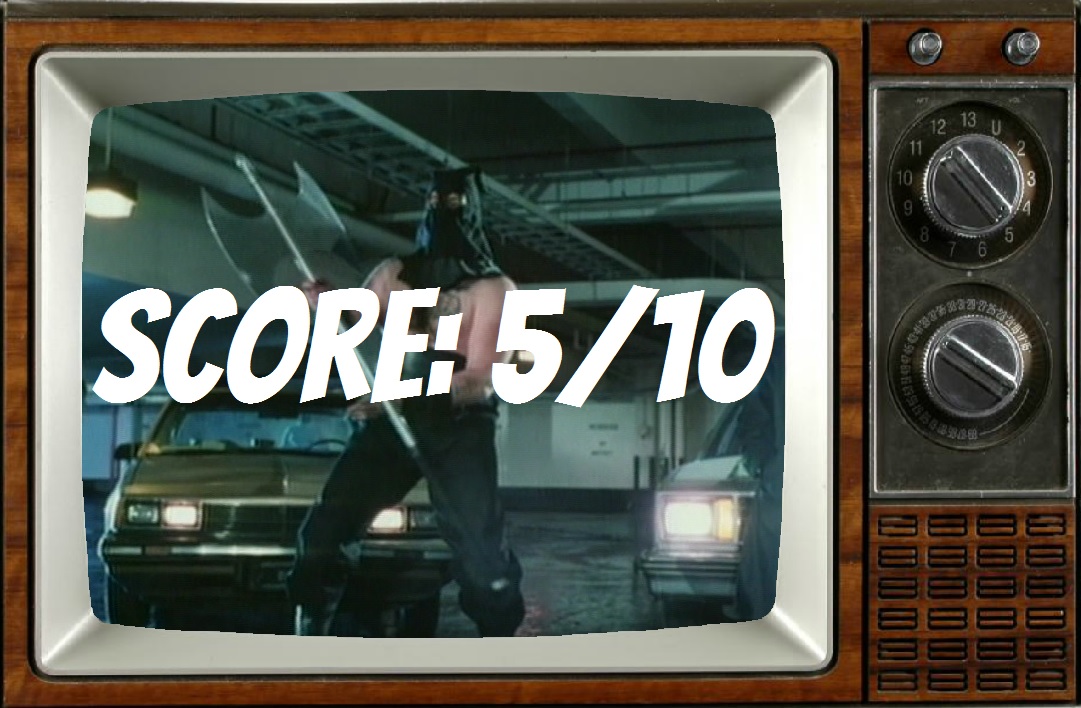 Edit: It was only after I had this review completed that I had it patiently explained to me that I was wrong. This film was not made twice.

It was made three times…

Trailer Trash: Episode one Another Yeti A love story: A Life on the Streets – A Bad Review