In today’s guest review we welcome ‘Mike’ from the Bad Movies community for a sit-down chat about the ‘Western’ ‘horror’ film staring, of all people, wesley snipes. Are we talking ‘Wild Wild West’ but with zombies? Or something much, much worse?

Hi! I’m Mike, one of the new writers here who will be contributing reviews and articles about Bad Movies. It’s no secret to those who know me that I enjoy terrible films. Honestly, sometimes I’d rather watch a cheesy, schlocky cinematic work with bad CGI, tangential and/or nonsensical plotlines and questionable acting – it kind of makes you appreciate the movies you value as ‘good’ even more.

In lieu of retreading older movies from my collection of cinematic disasterpieces, I decided that my first mission would take me into new, uncharted territory. So without further ado…let’s take a look at the monstrosity that is Gallowwalkers. 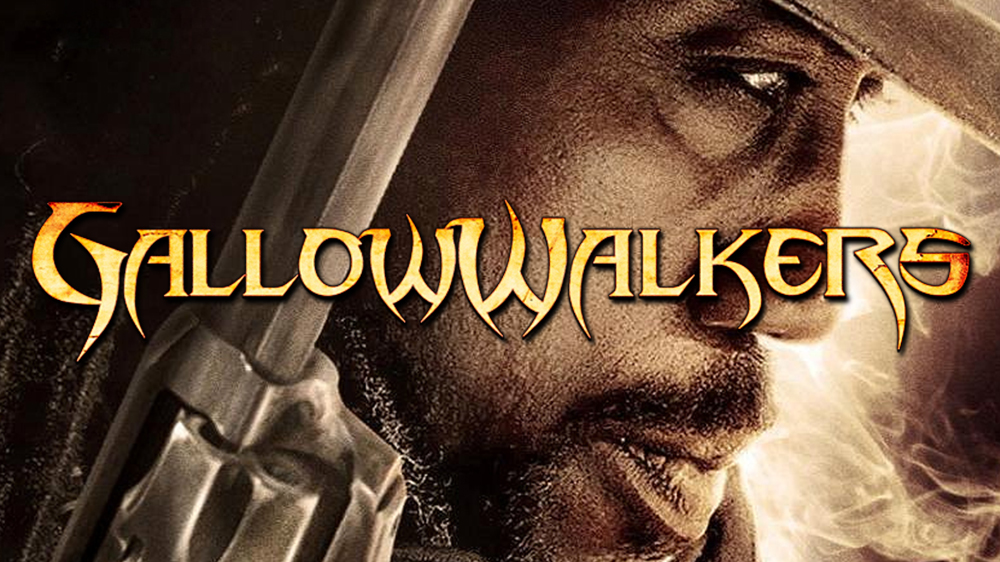 He’s usually in enjoyable films. I should admit that his portrayal of the outrageously hammy supervillain Simon Phoenix opposite Stallone in Demolition Man is one of my favorites.

But in Gallowwalkers, Wesley Snipes plays…a dreadlocked cowboy…roaming the Wild West of…some year (I don’t think it’s ever actually specified). He seems to be wearing a Union army outfit, so maybe it’s after the Civil War. Maybe not. It is possible the director didn’t think to care.

Interestingly the phrase ‘the director probably didn’t care’ seems to be a common thread that explains many things in Gallowwalkers.

Within the first couple of minutes of Wesley Snipes wandering a desert, he encounters…the Spanish Inquisition? No, really. Three guys, dressed exactly like the characters from the infamous Monty Python sketch (but with their mouths sown shut) are swiftly killed by Wes. And we’re off to a good start!

The main plot point is that Wesley Snipes has been cursed because his mother made a deal with the Devil to save his life. So, he kills bad guys, but they come back to from the dead. Note, I guess they’re not really zombies in the conventional sense, as they actually walk and move just like they did in life. As well as ride horses and deliver cheesy lines. Perhaps we are splitting hairs over the definitions of different types of the undead, but I think I’ve already put more thought into this than anyone involved in the film actually did.

The main villain is a guy with no outer layer of skin, so you know he’s evil. At one point he kills someone to wear their face as his own, so yeah, he’s evil. He’s also got a crew of bad dudes (and one bad woman – equality) backing him. One of his crew is played by professional wrestler Diamond Dallas Page, but you can’t tell as the bad guys mostly wear masks reminiscent of the early days of Slipknot. Coincidentally, IMDB tells me that one of these guys actually is named ‘Slip Knot’ – but I don’t think his name, or most of ANY DAMN CHARACTER’S NAMES – are ever said in the movie.

Wesley Snipes, despite being a superstar, doesn’t say very much in the film. Yeah, I get it, he’s trying to be the ‘aloof wanderer badass’ but it comes off more like ‘we have to pay him per line, so let’s just film Mr. Snipes pacing around the Wild West’. The filming of Gallowwalkers also coincided with his trouble with the law for tax evasion, but still, you don’t really care much about his character. Or any character, for that matter. The villain and his crew, and their cult, and the other religious folks, and the prisoners, and the townsfolk, are all characters that you just can’t be bothered to worry about.

The pacing of this movie is strange. There are flashbacks and jumps, but you never really know when any of the events take place. There are scenes where the action is slowed down or sped up for no real reason, aside from perhaps someone was messing around with video editing software. There is some pretty bad CGI, but it’s probably the least of the offenses I could level against Gallowwalkers, as it’s fairly infrequent. The costumes – well, the tropes of ‘every man is dressed as a cowboy, and every woman is dressed as a homely farmer or a corset-wearing saloon floozy’ are pretty evident in this film.

There was a even training montage – yes! – where Wesley Snipes trains a younger character in the ways of fighting the undead, but it was very brief. I actually would’ve liked to see more of it. How did Wesley Snipes build this underground boot camp to fight the undead? Now that’s a backstory I would’ve liked!

To summarize: my biggest problem with Gallowwalkers is that characters and plot points are pretty much thrown away or just appear for the sake of making a movie last a decent run time. The idea of a western revenge film with a supernatural element to it is, on paper, actually pretty interesting. I watched the trailer AFTER seeing the film, and in retrospect it seemed like a solid B-movie.

Whilst I enjoy good-bad movies, Gallowwalkers kind of lost me. I can’t really justify re-watching it, and that’s from someone who has watched Turkish Star Wars more times than I care to admit. A decent idea in premise, but a real flop in execution. Try again Wes.

Another Yeti A love story: A Life on the Streets – A Bad Review Hell Comes To Frogtown – A Guest Review