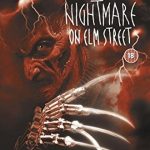 An open sewer’s worth of shit has been added to the collection since the last chapter, mostly due to going on a bit of a Corman/Pepin bender. In fact, there has been so many new additions that we’ll only cover some here and follow up with the rest in a later chapter.

And as ever, don’t forget to drop an email or leave a comment with suggestions as to what to review first!

Charles Band’s classic horror-nonsense Puppet Master was a welcome addition to the pile. And while I have certainly heard of his works, I have yet to experience most of them. Which could be a good thing.

Don ‘The Dragon’ Wilson bloodies up his mitts once more with this sightly bizarre collection, given that the DVD I found (which had – no shit – obvious bite marks on its corners) was comprised of only Bloodfist I and Bloodfist IV, which I can assume fucks up the continuity.

See all those guys at the bottom of this cover? They’re all me, fist pumping with glee after finding ‘East L.A Warriors’ in CEX one day. What’s it about? I don’t care, it’s awesome.

I happen to be a bit of an Airsofter. Which means I despise paint-ballers as being pansy-ish girl-people who deserve to be unsuspectingly murdered with live fire rounds whilst out on one of their ‘bonding’ days. So you’d think I’d be all over this movie. Well, no. Thanks to it looking like turd.

Big Dan Haggerty stars in this weird pile of shit, as a repo-man (clue’s in the title) called Jake (also: title) who get in to non-repo related shenanigans.The guys on Red Letter Media reviewed this once, so whilst I’m glad I have it, I know to leave well alone.

Best of the Best (Complete Boxset)

FUCK YEAH! It’s everyone’s favourite mixed martial arts tournament before Dana White fucked it all up, and one of Eric Roberts’ most well known roles before he went on to even greater things. But I’ll be honest and say that I had never even heard of BOTB 3 and 4 until I saw this, and I’m not surprised, given that by the time it had shat itself and keeled over, it had gone from a series about a reasonably realistic martial arts tournament, to swat teams, exploding airplanes, and the Russian mob. That they restrained themselves after only four films is commendable.

This is yet another film that comes in a case that looks like it was a doberman’s favourite toy, except this time the spine of the cover is snapped in two, so the whole thing is barely staying together. On a hunch, I took out the DVD to check for scratches (which it does have) but it also has the word ‘Kevin’ written in marker pen on the disk. It’s all very mysterious. Well worth the 50p.

Does this film honestly need any explaining? It stars Dolph Lundgren and was made in 2007. You know what you are getting. Which puts this fairly close to the top of the watch list.

Here we have yet more repo-themed hijinks, except this time in a hell zone instead of in Dan Haggerty’s head. Whatever this thing is, it features Michael Ironside and some enthusiastic explosions. Yawn. Although if I’m to believe the trailer, it is one of the most action-packed films to ever come out of Hollywood. Could be true…

The ones I got unfortunately weren’t on Blu-ray, but even in standard definition I’m sure I’ll be able to make out the bit where Rambo throws a naked pool party and invites the Taliban and no one else.

I was surprised to learn that this movie is from 2004 and not the fucking 50’s like the art work would have you believe. But it does apparently contain “Incredible camera work and direction”, according to ‘Leo Venetti’, who as far as I can tell, doesn’t exist. Or if he does, he’s irrelevant enough to ignore. Bit like the movie then!

Imagine my surprise when I stumbled across Roger Corman’s 1960 original of Little Shop of Horrors! Pretty decent little find for just 50p. Will I ever watch it? You never know…

Hooray! Creepshow! The George A. Romero and Stephen King short story classic. And yes, it’s on a fucking awesome looking 2 disk special edition! It’s a bit on the tatty side, but still, this was an awesome find.

I’m still uncertain if I remember this or not from my childhood. Although if I did see it as a kid, that’s no guarantee whatsoever that it was good even then. I was in to some dodgy shit. Some things never change I guess.

Nope. Not a fucking chance I would have enjoyed this crap. No fucking way.

Score! Rob Zombie’s first film ‘House of 1000 Corpses’. Nice. Never seen it, but I have been well informed that it’s mostly dreadful, but in a good way.

I must get some pretty weird looks in CEX stores when I let out my excited bleeting little noises, but I’m certain I made a scene when I found fucking ‘Maniac Cop’! I probably screamed or some shit. I cannot wait see what this has to offer.

And last up, the boxed set of every single ‘Nightmare on Elm Street’. Oh my God, yes! I’m not sure where I’ll even start with this once I get around to it, but it will most likely be with the episode where Freddy kills a guy by turning him in to a video game. Because of course.

If you have suggestions for what to watch first, or any ideas for movies to add to The Great Pile then leave a comment, and me and CEX will do the rest.