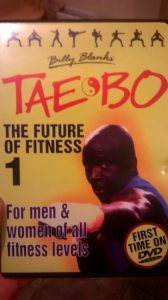 You’ve already asked yourself, haven’t you?

“Who the hell is Billy Blanks?”

Shame on you. You should know already.

You’ve most likely also asked yourself what the fuck Tae Bo is as well, which is slightly more forgivable considering that I have watched one of his Tae Bo instructional videos and I have no idea what Tae Bo is either. But in answer to your first question, Billy Blanks is the man Jean Claud Van Damme wishes he was. He is the best 90’s martial arts movie star that you should have had posters of in the 90’s. He’s also the nicest man alive today, and someone worthy of having his bronze effigies placed in town squares up and down the land. 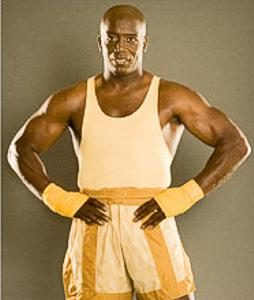 He has starred in some of the best movies this plucky reviewer has ever seen, including Talons of the Eagle and TC2000. But he also has a fairly staggering bio that includes everything from defying fist-fulls of adversity to single-handedly saving mankind from itself, which is why you should have heard of him. One of the principle methods he employs in this regard is to write, direct, and star in a series of workout videos all based around Tae Bo, which he (no shit) invented. You can also book Billy for personal events, which, if he gets around to reading my proposal, will make for the most memorable birthday party my daughter will ever have.

There’s only one Billy Blanks (almost)

Billy Blanks’ website is a wonderland of self-improvement and hamstring injuries that no exercise lunatic should pass on. Everywhere you go on his sprawling website you see Billy’s gentle smile staring back, making you feel 100% more amazing long before you’ve bought any of his DVD’s or underwear. Incidentally, whatever you do, DO NOT visit billyblanks.com (No, I’m not permalinking it, and no I’m not joking.) It has nothing to do with the actual Billy Blanks, and just to give you an indicator as to that particular website’s content, I’ll post the text that appears from its google search results.

‘Even in the most accommodating positions it’s difficult for me to balance, give her the clit stimulation she needs and keep my thrusts in rhythm all at the same time.’

Get the picture? Right, so don’t go there.

Billy Blanks and the Blue-Screen of Death

But what about the DVD? Well, it’s a workout video from sometime in the 90’s, so predictably everything is coated in spandex vomit and high-octane enthusiasm. I kept expecting Pamela Anderson and Mr Motivator to stroll in and do jumping jacks and high-fives each other. Which would have been challenging for Pamela, admittedly. Yeh, it’s that kind of thing. But, it also happens to be the perfect gift for your grandparents if you’re certain you are the primary benefactor.

Yes, the structure of this particular workout video has seemingly been designed to inflict as much damage as possible onto its unsuspecting audience. But this minor issue does appear to be an inconvenience that the producers have noticed themselves, as they were kind enough to include the following warning at the beginning. 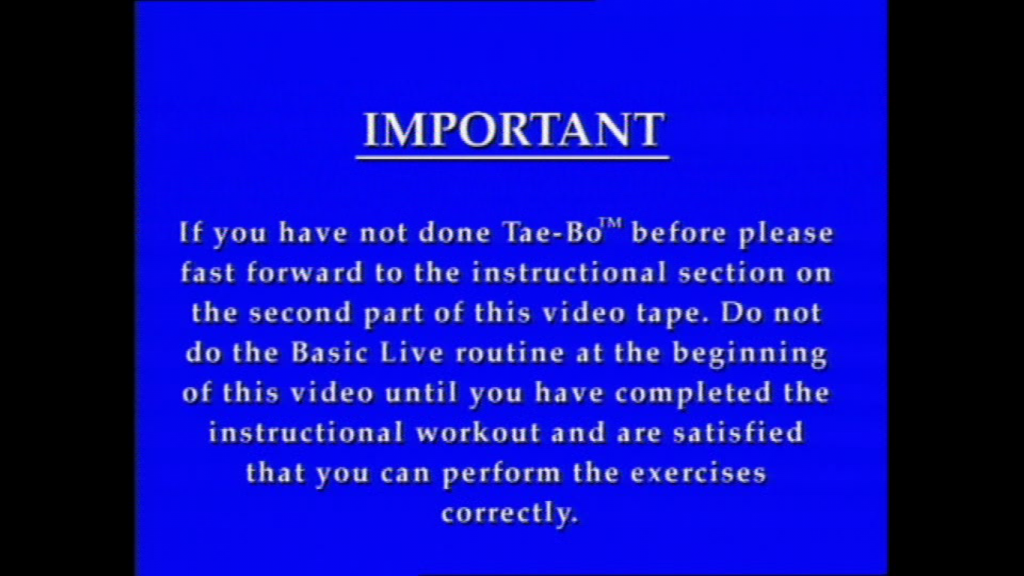 Throw your Fit-Bits in the bin and get on this shit!

So let me get this straight here Billy. I love you man, but don’t fuck around. Did you produce a workout video that IMMEDIATELY demands advanced physical dexterity, and cardiovascular levels high enough to not have heart failure in front of the T.V? But then, after a spate of accidental death verdicts and lawsuits following the original VHS release, and when it came time to produce the DVD, you figured this court-ordered warning was preferable to just re-editing the fucking thing?

The answer’s yes, isn’t it?

Oh, I can’t stay mad at you Billy. You’re Billy Blanks for Christ sake! And besides, after watching through the entire thing myself, it’s plain to see that that first section of the workout almost fucking killed you as well. Which is hilarious, I’m sorry. Yes, as he punches and kicks invisible enemies in a gym full of continually swapped about extras (no seriously, they periodically swap out the overweight ones), and as he attempts to maintain control with his loudly barked instructions and positive reinforcement, he becomes increasingly worn out. Which results is some wonderfully slurred gibberish.

And the wonderfully incoherent…

He’s willing to die for your sins (of eating too much cake). Sound familiar?

This man is friggin awesome. He is taking time out to personally motive me in between his aneurysms . He even says this to anyone that survived part one…

I love you Billy.

Plus the entire thing is actually pretty infectious. I received some odd sideways glances from other people, as I punched away at the same invisible enemies, whilst sitting on the ground wearing headphones and watching the DVD on my laptop. I also (no shit) did a brief move or two and pulled a muscle in my back when grabbing a beer from the kitchen. But that’s most likely the result of my own sloven disregard for personal well-being and nothing to do with the video’s careless editing. Indeed, there is every possibility that the real, secret reason for the warning at the beginning is because old women were watching part one first, dressing up like fluorescent ninjas, and kicking the absolute living shit out of the orderlies at the care home.

At one point I stopped writing notes and just let the whole thing wash over me, like a shower of muscular, smiling, motivational black men in Lycra. Bliss…and yes, there has been more than one person that has accused me of having a bit of a man-crush, or being secretly homosexual, but I don’t care. This is God damn Billy Blanks, and you would feel EXACTLY the same way if you’d ever taken the time to know who he is. 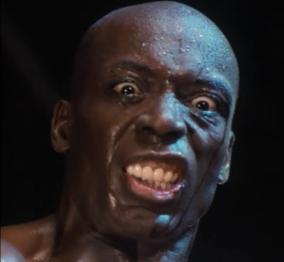 Way to ruin the mood there Bill

Despite my off-putting choice of caption image, Billy Blanks remains one of the most motivational men alive, and his workout video is charming and weird but genuine, and its heart, pecs, and abs are in the right place, so to speak.

And all this from a man who, in one of his earlier movies, was crushed to death by a portcullis.

You win Billy, you win.

Score: 6/10
(It loses points because my back still hasn’t recovered) 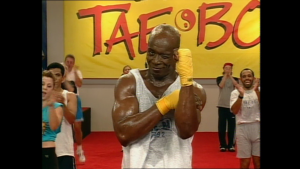 I hope that if you read this Billy, and are upset by the score, you aren’t put off the whole children’s Tae Bo party thing. Call me!

‘With Friends Like These’ – A BMBR Review ‘BMBR Interviews’…Magill Foote